Babi Yar: Exhumation of the Bodies

Did the Nazis attempt to destroy evidence of the Babi Yar massacre by exhuming and burning the bodies?

There is only one survivor who exhumed and burned the remains of the Babi Yar massacre. Italian Holocaust denier Carlo Mattogno identifies this sole survivor as Vladimir K. Davidov (Davydov): Davydov “is apparently the only witness who claims to have participated in the cremation of bodies of Babi Yar.” This survivor, according to Mattogno and other Holocaust deniers, is “wholly unbelievable.” Therefore, it never happened.[1]

Contrary to what deniers claim about Babi Yar, there was not only one survivor of the exhumation and burning process. Seven others survived. Their testimonies, all of which appear in different sources and were provided at different times, corroborate each other. Further, Nazi perpetrators who directed this exhumation and burning process also testified that it occurred.

Facts about the attempt to destroy evidence of Nazi crimes in Kiev:

Before the Germans retreated from Kiev, Ukraine in the fall of 1943, they attempted to conceal the evidence of their atrocities. Paul Blöbel was head of Sonderkommando 4a, which, together with other German units, executed 33,771 Jews at Babi Yar only two years prior. Blöbel was assigned the task of exhuming the bodies and destroying the evidence. To speed up the task, a special work group called ‘Sonderaktion 1005’ was formed using 300 prisoners from the Syrets concentration camp near the ravine. From August to September 1943, these prisoners were chained together and forced to exhume and cremate the bodies. Cremation pyres were built on iron rails stacked with oil-soaked firewood. Some 2,500 to 3,000 bodies were burned on each cremation pyre. The detail was also assigned to search the ashes for gold teeth; any remaining bones were pulverized and the ashes were scattered over the area or mixed with sand. The mixture was then returned to the ravine.

Was there really only one witness to the process?

Mattogno’s assertion that there is only one witness to the exhumations and cremations is incorrect. The members of the exhumation work group (‘Sonderaktion 1005’) reasoned that when their work was finished the Nazis would in turn execute them. Thus, they escaped en masse on September 29, 1943. Of the 300 plus men who worked in the Sonderkommando, several survived. Of the survivors, a number have given or published their detailed testimony over the years. This list includes: Vladimir Davydov, Jakov Steyuk, Vadislav Kuklia, Jakov Kaper, David Budnik, Ziama Trubakov, Seymen Berlyant, Leonid Ostrowsky, Yosif Doliner, and Isaac Brodsky.[2] Their stories are important and corroborate one another.

David Budnik recalled being selected for the Sonderkommando in the Syrets labor camp and how the feet of the selected prisoners were chained together so they could work but could not run away. Budnik recalled how screens were installed to camouflage the area and the whole region was declared restricted. At night they were pushed into a bunker dug into the ravine wall and locked in. 18 SS officers, in addition to the regular guards around the entire area, guarded them. Every morning they went to work. He states: “We had to dig out the pits with the corpses, search them for jewelry, remove any gold fillings and then burn them in the furnaces that we had built. We were divided into brigades each specializing in specific types of work. I worked with the hooks, pulling out the corpses . . . The compressed soil and corpses had stiffened after two years and made the work nearly impossible. . . . Besides digging, we also helped the team that built the furnaces. For this, tombstones and iron fences brought over from the neighboring Jewish cemetery were used. These tombstones were laid on the site 10 meters across by 10 meters in width [33 feet by 33 feet], like a chessboard. Rails and fences were laid on top of them. Then two rows of logs were put down and then a layer of corpses, then more logs and then more corpses. After this everything was doused with oil and burnt. These furnaces were of differing sizes, but not less than three meters high. The corpses were laid with their heads on the outside. Any remaining bones were crushed with iron hammers and then sifted with special sieves to remove gold and jewels. The ashes were then mixed into the ground. . . . We worked 12 to 15 hours every day. The Germans made us hurry. The black smoke was rising above Babi Yar from the 60 furnaces that were built and in each one over two thousand people were burnt.”[3]

Yakov Kaper, another survivor, added this insight: “As soon as I found myself behind the camouflaging rampart I saw the panorama that I would remember till the last day of my life.” He was shackled and led down into the ravine. He recounts the oven structures and the cremation process. He too was assigned to remove the bodies from the graves with a special tool: a rod “50-60 centimeters [20 inches to 24 inches] long with the hooked sharpened end. We were shown how to insert this hook under the chin and pull the corpse out.” Everything that was done was top secret. “When they brought food or something required for burning, like logs or oil, it was brought up to a certain point and nobody was permitted to go beyond it.” Even so those who lived by the ravine must have guessed what was going on because “from morning till night the sky over Babi Yar was covered with thick black smoke and the smell of burned flesh.” Kaper recalls: “Every day we worked like robots. We were urged on, beaten, covered with sweat and blood.” Prisoners were shot for the smallest infraction and their bodies added to those on the cremation pyre. As the front neared, they could hear the sounds of explosions: “We kept on trying to survive for another day.”[4]

Other testimonies, such as those appearing in the Report of the Extraordinary State Commission on Destructions and Atrocities Perpetrated by the German-Fascist Invaders in the City of Kiev (1941-1944) [published in 1987], recount the same events and conditions: the shackles, bringing granite tombstones and iron grates from the Jewish cemetery, the construction of the ovens, the use of logs and oil, the layering of the bodies and logs, the capacity of each pyre (2,500 to 3,000 bodies), the teams which removed jewelry, rings and pulled out gold teeth, the crushing of the bones, the scattering of the ashes into the sand of the ravine, and the use of an excavator to exhume the bodies as time started to run out.[8]

In addition, there is eyewitness testimony from a notable participant in the destruction of the evidence: the aforementioned Paul Blöbel. On July 18, 1947, Blöbel testified in an affidavit for the International Nuremberg Trials: “I was entrusted with the task of obliterating the traces of executions carried out by the Einsatzgruppen in the East . . . This order was top secret . . . During my visit in August I myself observed the burning of bodies in a mass grave near Kiev during my visit in August 1943. This grave was about 44 m. long, 3 m. wide and 2-1/2. m. deep [145 feet long, 10 feet wide and 8 feet deep] . . . Owing to the moving up of the front-line it was not possible to destroy the mass graves further south and east . . . I could not carry out my orders completely . . .”[9] 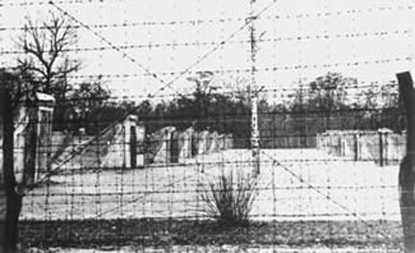 Contrary to the claims of Holocaust deniers, multiple eyewitnesses have come forward to share their experiences at Babi Yar. Vladimir Davydov, for instance, is not the “only” witness, nor is his testimony “wholly unbelievable”, as Mattogno claims. Davydov’s testimony is corroborated by the testimony of ten other survivors of the exhumation commando: Vladimir Davydov, Jakov Steyuk, Vadislav Kuklia, Jakov Kaper, David Budnik, Ziama Trubakov, Seymen Berlyant, Leonid Ostrowsky, Yosif Doliner, and Isaac Brodsky. Their testimony is corroborated by that of the perpetrators themselves, most notably Paul Blöbel, the head of the special commando set up to exhume and cremate the bodies in Babi Yar.

[2] This list was compiled from three sources: A. Anatoli Kuznetsov’s Babi Yar (Farrar, Straus and Giroux, 1970; Ziama Trubakov’s Riddle of Babi Yar and the Report of the Extraordinary State Commission on Destructions and Atrocities Perpetrated by the German-Fascist Invades in the City of Kiev at http://forum.axishistory.com/viewtopic.php?t=42076. These sources use several variations of these names, for instance, Davidov/Davydov and Beryland/Berylant/Berland.

[4] Yakov Kaper, “Thorny Road,” in Erhard Roy Wiehn, Jewish Fates in Kiev 1941-1943 (Part 7) at http://www.ess.uwe.ac.uk/genocide/kaper06.htm. Kaper was doubly “lucky.” He survived not only the Sonderkommando escape after the exhumation and burning of the bodies but he had also survived the original massacre of the Jews in the Babi Yar ravine exactly two years before. He was being transported by truck to the execution site when he jumped from it and escaped.

[5] A. Anatoli (Kuznetsov), Babi Yar: A Document in the Form of a Novel, translated by David Floyd (Farrar, Straus and Giroux, 1970), pp. 370-389. Kuznetsov’s book was written under the Soviet regime. Calling it a “novel” made it possible for it to be published at all, but even so it was highly censored. As of 1970 it has been printed in the West in an uncensored version.

[6] “That’s why it is denial not revisionism. Part VI: Deniers and Babiy Yar massacre (4)” at http://holocaustcontroversies.blogspot.com/2006/08/thats-why-it-is-denial-not-revisionism_06.html.

[7] Zakhar (Ziama) Trubakov’s oral history is available at http://collections.ushmm.org/search/catalog/irn502882. Trubakov’s account can also be read in Ziama Trubakov’s The Riddle of Babi Yar: A True Story Written by a Survivor of Mass Massacres in Kiev in 1941-43 (translated, edited and expanded by Reyzl Yitkin). The book now includes in the appendices the statements and testimonies of many other witnesses to the massacre or the attempt to erase the evidence of the crime. The Riddle of Babi Yar can be found on Kindle.

[8] You can read the entire Soviet report at http://forum.axishistory.com/viewtopic.php?t=42076.

[9] Yitzhak Arad, Israel Gutman, and Abraham Margaliot (editors), Documents of the Holocaust: Selected Sources on the Destruction of the Jews of Germany and Austria, Poland, and the Soviet Union (Eighth Edition) (University of Nebraska Press and Yad Vashem, 1999), “Evidence by Blobel on the Burning of Bodies and Obliterating the Traces of Bodies of Jews Killed by the Einsatzgruppen, Affidavit,” NO-3947, pp. 471-473.