How much wood was needed for the mass cremations at the Operation Reinhard death camps? (Part 1 of 2)

An astronomic amount of wood would have been required to fuel the cremation fires at the Operation Reinhard death camps of Treblinka, Belzec, and Sobibor.

Evidence shows that the wood calculations made by Holocaust deniers are too high, in part because they are based on an unrealistic weight for the remains of murdered victims.

What do specific Holocaust deniers say about the supposedly lack of wood?

The self-named “Denierbud,” an American Holocaust denier and YouTube video maker, calculated that the Nazis needed one half billion pounds of firewood to burn the estimated 600,000 remains at Belzec.[1]

Carlo Mattogno, an Italian Holocaust denier, calculated that the cremations at Belzec would have required an “astronomic” 96,000 tons of wood! He claims that the mass cremation would have required 19,000 trucks or over 3,800 freight cars full of wood. No one ever saw such a convoy of trucks or such long lines of trains filled with wood.[2]

How did Mattogno and Denierbud calculate the wood that was needed?

Mattogno and Denierbud each conducted their own amateur cremation experiments. Denierbud burned 12.5 pounds of leg of lamb on a beach bonfire and Mattogno used a backyard grill to cremate several pounds of beef.[3]

What Holocaust deniers found in their experiments:

(*Denierbud burned 5.7 kg (12.5 pounds) of leg of lamb on his grill and claims it required 61.2 kg, or 135 pounds of wood. Denierbud’s figures are adjusted to represent 1 kilogram of leg of lamb for purposes of comparison with Mattogno’s results.)

First, it should be noted that something is wrong with one or both of these experiments. The difference between their figures is so large—anywhere between 6 and 24 pounds of wood required to incinerate 1 kilogram of meat. One—or both—must be incorrect from the outset.

According to Holocaust deniers: The total amount of wood required for an estimated 600,000 victims at Treblinka

(The figures in bold are Denierbud’s calculations, which he determined by working backwards from his figures of 300 pounds of wood per body times 1.5 million bodies for a final total of 450,000,000 pounds of wood.[4])

Inconsistencies in Denierbud’s assertions about the wood usage:

Denierbud claims the Germans would have needed to use 500,000,000 pounds of wood to burn the remains at Treblinka. However, later in the same video, he changes the figure, cutting it in half (250,000,000 pounds).[5] This type of inconsistency becomes of a staple of Denierbud’s so-called calculations moving forward.

The inconsistent speculations of Denierbud can be dismissed.

How much did the average body weigh?

We have evidence about this matter. Kurt Gerstein, the SS man who saw a gassing at Belzec, recorded that he saw about 700 people (about half of who were children and infants) murdered in a gas chamber that measured about 5 by 5 meters (about 16.5 feet by 16.5 feet). Gerstein estimated that the average weight of the victims was about 35 kilograms (77 pounds).[7]

Charles Provan, a self-admitted skeptic of the Holocaust, decided to test Gerstein’s observation for himself. He built a plywood box with a base area of 21 inches by 21 inches. The box had one glass side, two plywood sides, one open side and an open top.

The results were surprising.

First, Provan found that two young adults (27 and 34 years old), one woman in her seventies, and four children could fit into the box without difficulty. All of the people wore their regular clothing and all were able to breathe normally. Three children (aged 6, 4 and 2) sat down at the adults’ feet while the older child (8 years old) and the three adults stood. One of the adults held a doll in place of an infant. Provan—concerned that no one would believe him—took pictures.[8]

Second, when Provan weighed his participants he found something even more interesting. The average weight of the seven human beings and the doll representing a baby was 33.25 kilograms (about 73 pounds). The two adult men weighed 63 and 62 kilograms, the older woman weighed 49 kilograms, the four children weighed 25, 26, 19 and 15 kilograms. He estimated the baby/doll’s weight as 7 kilograms.[9]

Provan’s participants were well-fed Americans, not half-starved, naked Polish Jews who were of generally smaller stature than the average American. Provan’s average weight results (33.25 kilograms, or 73 pounds) are much closer to Gerstein’s observations (35 kilograms, or 77 pounds) than that of Mattogno’s (46 kilograms, or 101 pounds).

The facts about the weight of the remains:

Second, two-thirds of the remains incinerated on the grills had been dug up after being buried for several months. A woman’s body contains about 50 percent water; a man’s body about 60 percent water; and a child’s body as much as 73 percent. The exhumed remains would have been dried skin and bone with a loss of about half their original weight. This lowers the average weight of the remains dug up from the mass graves from 35 kilograms (77 pounds) to about 14 kilograms (31 pounds), based on an average of about 60 percent water and the fact that about half were children and infants.[10]

Thus, it is reasonable to conclude that the average weight of all the remains was about 25 kilograms (35 kilograms plus 14 kilograms divided by 2), or about 55 pounds. 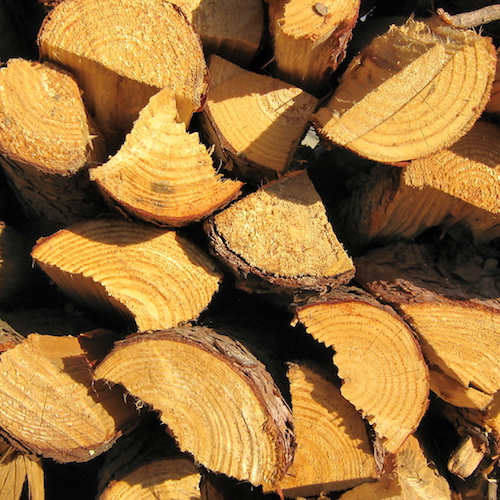 Mattogno’s calculations for wood usage are too high, in part because his calculations are based on an average body weight of 46 kilograms (101 pounds). In reality, the average weight of the remains—taking into account that about half of the victims were children and infants and that some were dried skin and bones—was about 25 kilograms (55 pounds). Denierbud’s speculations do not deserve further comment.

[1] “One Third of the Holocaust” at http://www.youtube.com/watch?v=taIaG8b2u8I at approximately 3:08 minutes.

[7] The pertinent part relating to Gerstein’s observation of a mass gassing at Belzec can be found at http://www.deathcamps.info/testimonies/Gerstein.htm.

[8] Charles D. Provan, “Kurt Gerstein and the Capacity of the Gas Chamber at Belzec” at http://holocaust.skeptik.net/documents/provan_gerstein.html.   The images are at the very bottom at “See the photos.”